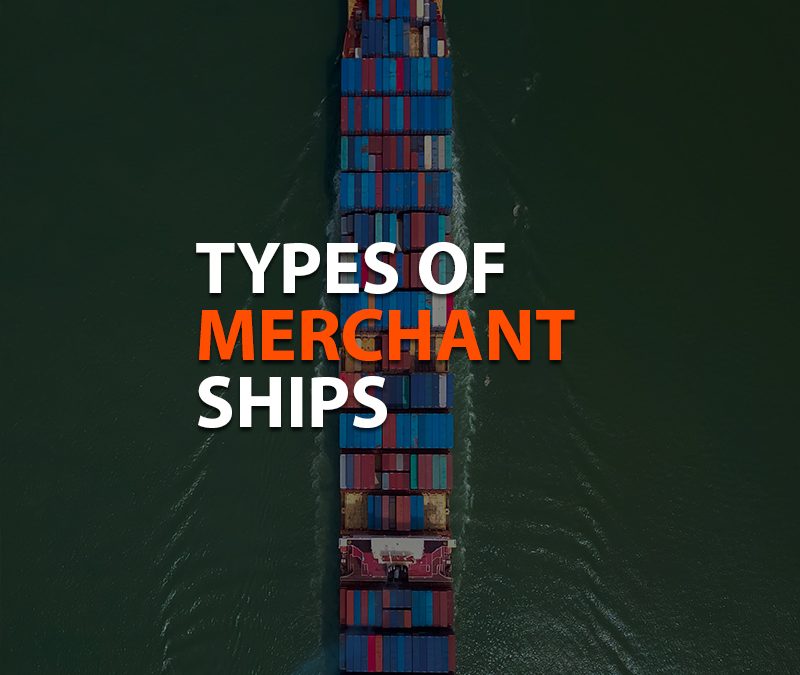 What are General cargo ships

General cargo ships are merchant ships that carry cargo and goods from port to port.
These kinds of ships have one or more decks. They are distinguished for carrying a variety of commodities in different forms, like refrigerated, boxed or palletized, among others.

What are Bulk cargo ships

Bulk cargo ships are specialized in transporting cargoes in bulk quantities. They are also known as Bulk carriers. The bulk carriers are categorized into six major size categories:

What are crude oil tanker ships

On our growing industrial society, oil tankers have even evolved to the point where they can fuel a moving vessel. This type of tanker are called replenishment oiler.

What are chemical tankers ships

Chemical tanker ships are a type of merchant ship designed to carry chemicals in bulk.

Just like crude oil tanker ships, chemical tanker ships are the most dangerous threats to the environment in case they spill the cargo.

Depending on the cargo they have to carry, chemical tankers normally have a series of separate cargo tanks, each one coated with specialized materials capable of resisting all kind of chemicals ranging from “easier” cargoes like vegetable oil to aggressive acid cargoes, like sulfuric acid.

What are Container ships

Container ships are the most popular and used merchant ships for seagoing non-bulk cargoes. Since 1968, these merchant ships have become technologically advanced and fuel efficient over the times. Even more, with the prime new Cold Ironing technology, this kind of merchant ships are reducing their carbon footprint, helping the port to be greener.

The container ships carries different types of container, the mains container are:

What are Passengers / RORO ships

The passengers / roro (Roll on – Roll off) ships are a kind of vessels used to carry wheeled cargo. They are known as passengers / Roro ships because they carry people on their vacation/comercial trip and cars, motorbikes, trucks, etc, at the same time in the same vessel. These kinds of merchant ships are not only for civilians but also for military operations. There are different types of passengers / roro ships, such as ferries, cruise ferries, cargo ships and barges.

What are LNG tankers ships

The LNG cannot be load directly into the ship’s storage tanks due to extremely low operating temperatures, if you do it directly LNG loading can lead to great thermal stress to tanks and pipes