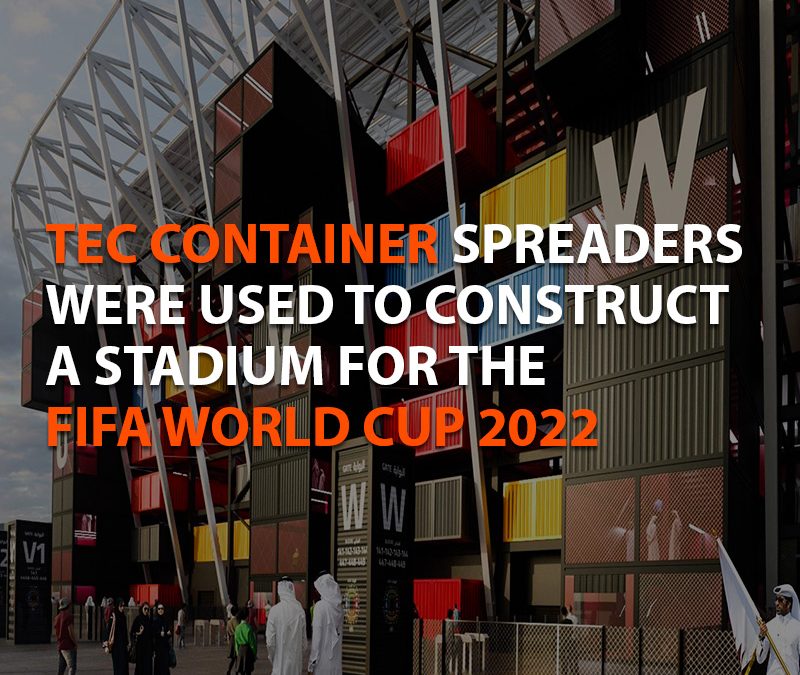 We are very proud to share that special spreaders designed by TEC CONTAINER S.A. were used to construct the stadium Ras Abu Aboud, one of the eight stadiums built for the FIFA World Cup Qatar 2022 and the first dismantlable stadium ever built in the world

Here are some excerpts of what the media are saying about the amazing constructions by the Spanish studio Fenwick Iribarren Architects!

“A problem for Qatar, a Spanish solution. The problem for the country that will organize the 2022 World Cup lies in not knowing what to do with a lot of stadiums that will be built for the occasion and that will be left unused once the tournament is over. And the solution has been given by a Spanish company: a removable soccer field, which can be divided into small mini-stadiums or even completely reassembled anywhere in the world. “

“The design developed by the Spanish studio Fenwick Iribarren is made up of a structure of modular blocks, which can be decomposed and used in other sports venues once the World Cup is over. This stadium offers the perfect legacy, capable of being assembled in a new location in full or transformed into numerous sports and cultural facilities.”

“The architect Mark Fenwick, responsible for the design of three of the eight stadiums of the Qatar 2022 World Cup, assured during a conference at the EFE Agency that he expects the Ras Abu Aboud stadium, which will be the first removable stadium in a soccer World Cup. ‘We wanted something more like the circus, something that would be dismantled and could reach three, four or five World Cups, for me it would be the success of this stadium,’ said Fenwick.”

“And to Fenwick, the idea that the designs of his studio have a useful use when the events for which they are created end is fundamental. He does not want phantom stadiums, as in Brazil or South Africa. That is why endeavoring that beyond the month that the World Cup lasts, its venues remain in service. In this sense, the Ras Abu Aboud stadium will be removable and can be installed anywhere in the world; and, the Al Thumama, will have a reorganizable stand focused on to the community and a couple of clubs in the area.”

“The heat is one of the great adversities to combat in the Qatar World Cup, therefore, this venue has a temperature of 26 degrees Celsius both on the playing field and in the stands. It should be noted that the entire cooling system is provided through solar energy, it allows a significant decrease in the carbon footprint of the structure in the long term.”